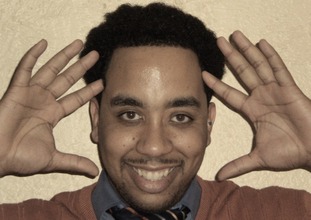 THE STUDENT LEADER—As a first generation college student, Rod credits Alpha Phi Alpha Fraternity Incorporated, & the Northern Illinois University Leadership Platform with his introduction to the importance of becoming a student leader.  He overcame the ravages of poor academic performance in High School, to go on to receive collegiate scholarships and internships for his extensive involvement as a student leader and academic achievement.  During his student tenure, Rod was elected or appointed to leadership capacities in most major student organization on campus.  Rod’s proudest student accomplishment is the very important work he did to help other students reach new heights of achievement.

THE PROFESSIONAL—Starting his career in Corporate America, Rod became a top sales volume producer, lead trainer, general and district manager for Fortune & INC 500 Companies.  Rod was responsible for assisting in building a national sales force with annual sales volume exceeding $100 Million dollars annually.  Excelling in the areas of sales, marketing, management, & customer service Rod has been a producer and a consistent income earner/developer of leaders with each company he has worked for.

THE SPEAKER—On the speaker’s stage, Rod exudes a level of genuineness and integrity that cannot be denied.  As seen live on CNN’s Anderson Cooper 360, Rod has trained and coached tens of thousands of students and corporate professionals throughout the United States.  Rod utilizes the power of honesty, words, and integrity to transfer his conviction to his audience.  His style of delivery is powerful, direct, and enlightening.  It is not unusual for Rod’s audience participants and sponsors to tell him how much they enjoyed being in his audience.  Rod’s ability to relate with all is attributable to his diverse and celebrated background of experiences.